Most people are surprised when they hear of now many New York ski resorts there are; and New York City is the gateway to some 43 ski resorts—more than another other state in the United States—and offers amazing access to mountain resort locations and skiable acres. Several of these areas are full scale resorts and many of them rank as world class skiing destinations.

Destinations of New York State brings you a selection of 9 New York ski resorts that are popular and accessible. 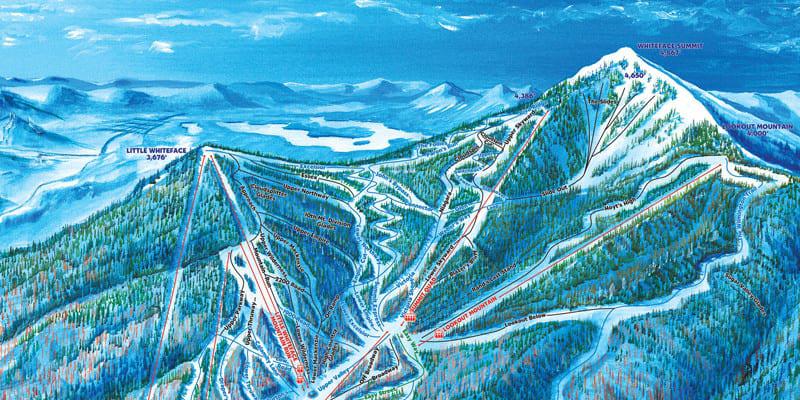 Whiteface Mountain is the fifth-highest mountain in the U.S. state of New York, and one of the High Peaks of the Adirondack Mountains. It is the leading among New York ski resorts and indeed is ranked as the premier resort across the Eastern US. Boasting 86 trails and 283 acres of terrain, the mountain is notable amongst aficionados and attracts the world’s best. Located outside the town of Lake Placid, 5 hours by car from New York City, Whiteface Mountain affords 360-degree views across other Adirondack peaks. Average annual snowfall at the resort is 168-inches, although 98% of the trails and runs are serviced by snowmaking.

Gore Mountain is another resort located within the heart Adirondack Mountains in upstate New York. Unlike Whiteface Mountain, Gore is a more family-oriented resort that encompasses nine sides of four peaks: Bear, Burnt Ridge, Little Gore, and the namesake Gore Mountain. Skiers get 2,537 feet of verticals with 107 trails, 27 glades, 11 cross-country/snowshoe loops, and 7 freestyle areas. Located around 4 hours from New York City, Gore Mountain is one of three state-run ski areas that are organized and operated by ORDA. 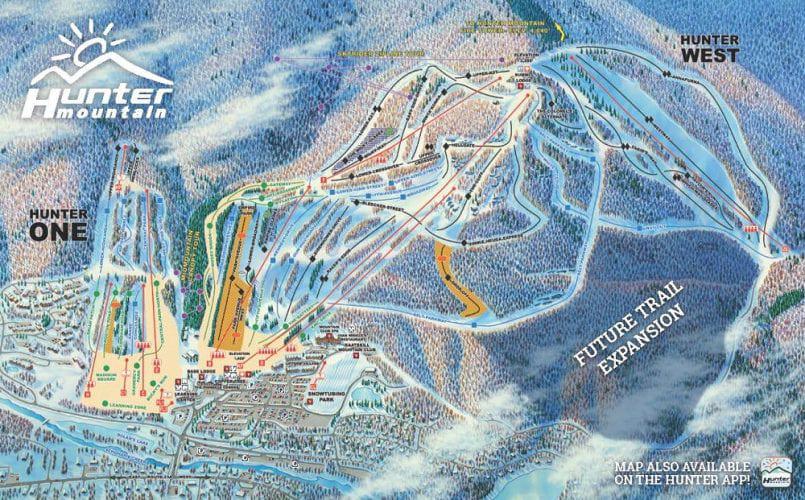 Hunter Mountain Ski Area is one of the best options for visitors and residents in New York City, as it is located around 2 hours north of Manhattan. This fantastic access is matched by the quality of the resort, which spans across three separate mountains. A range of activities are available at Hunter Mountain, including snowshoeing, snow tubing, and freestyling across two terrain parks. Speaking of snow tubing, Hunter Mountain is home to the largest park in New York with 1,000 ft long lanes. 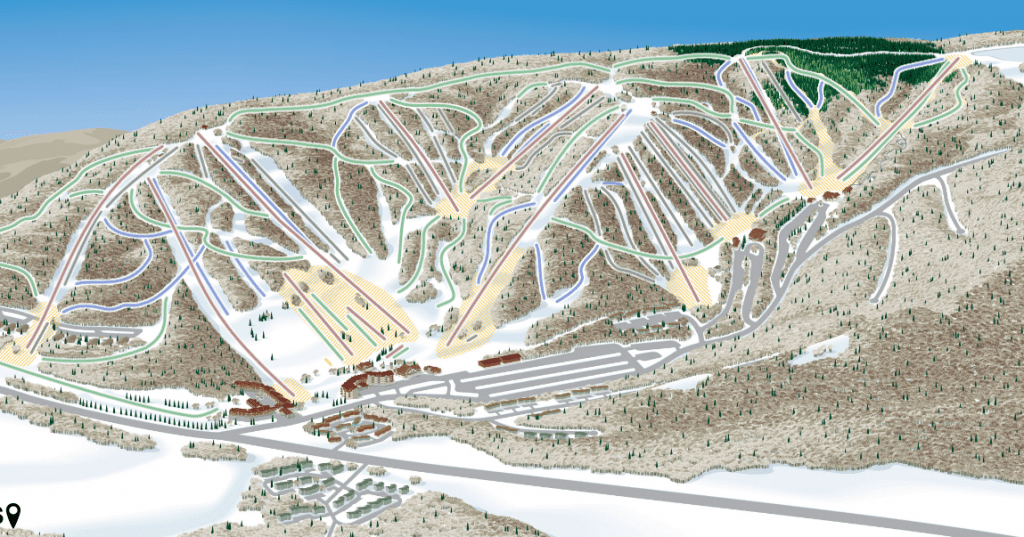 Holiday Valley is a large-scale resort with two hotels, excellent amenities and infrastructure, as well as three base lodges. While five hours from New York City, the resort is ideally located around an hour south of Buffalo, making it the premier ski destination for Western New York and Southern Ontario. Holiday Valley is respected because of its variety of terrain, while the resort is notable because of its cutting-edge snowmaking facilities. Other interesting features of Holiday Valley are ski-in/out lodging and the Sky-High Mountain Coaster, a roller coaster that operates year-round. 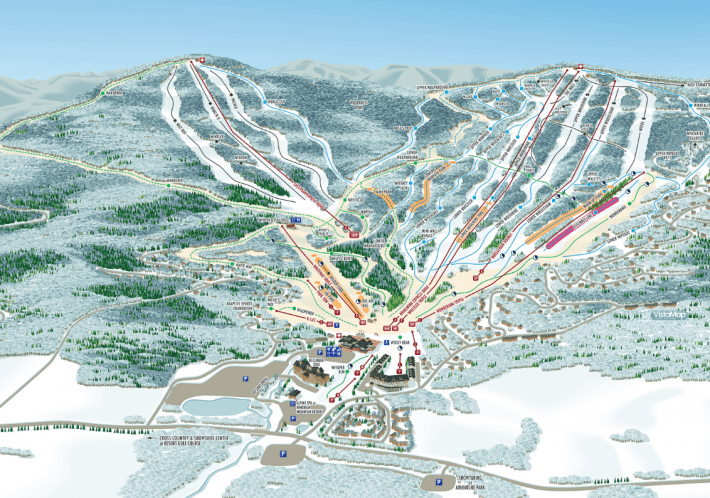 Ideally located—less than three hours north of New York City, Windham Mountain is spread across two mountain peaks (East Peak and West Peak) and is famed for its rugged landscapes. 54 trails are available on 285 skiable acres, allowing something for experts, beginners, and families to enjoy. Indeed, Windham Mountain offers perfectly groomed cruising runs to suit all skill levels, while snow parks, snow tubing, and night time skiing are all available. 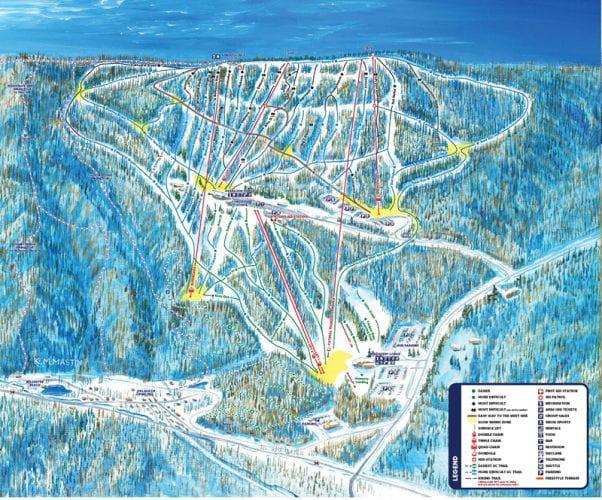 Belleayre Mountain is another of New York’s state operated ski resorts and is also one of the fastest evolving locations in the state. Situated in the Catskill Forest Preserve less than three hours for NYC, the resort offers visitors four separate lodges. Among the facilities at Belleayre Mountain are two progression parks, mogul trails, and the Area 51 terrain park. Arguably the standout feature at the resort is its longest run, which is 12,024 feet in length. 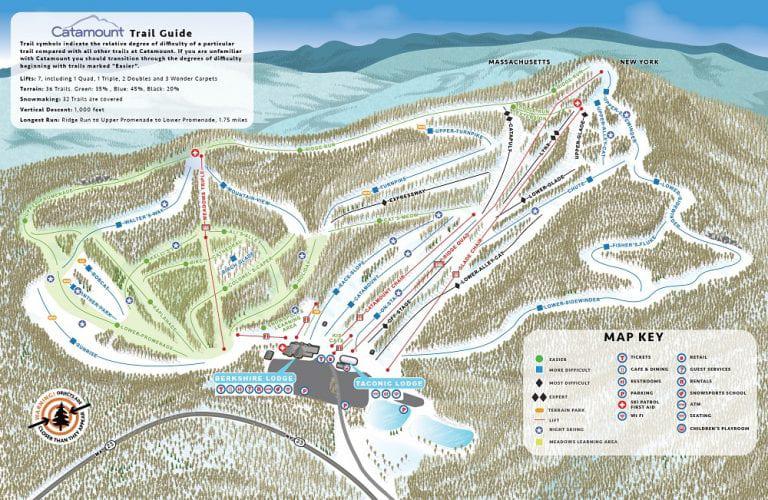 Catamount is an excellent ski area, but it is also noteworthy for its frankly amazing access to several major population centers. It is located just 45 miles east of Albany, two and a half hours from New York City, and less than three hours from Boston. This means the ski area serves both New York State and Massachusetts. Spread across the Berkshire Mountains and Taconic Range, Catamount Ski Area is famed for its short lines, which are usually uncrowded. 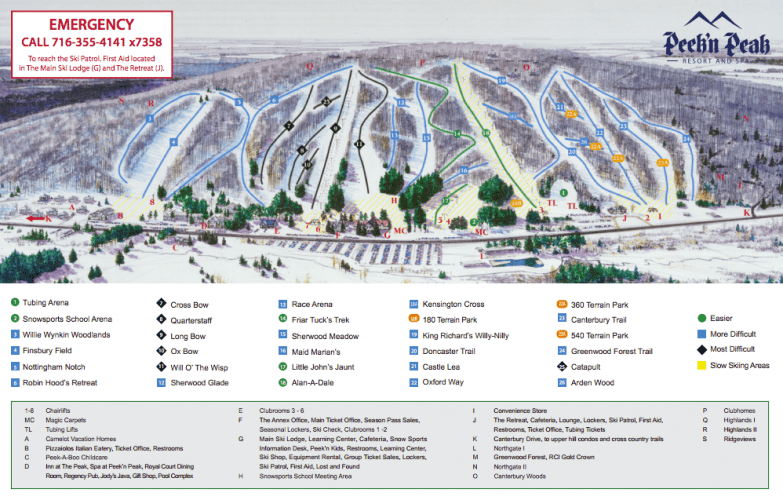 Admittedly, Peek ’n Peak Resort is not readily accessible from New York City, lying some seven hours by car from Manhattan. However, the resort lies just 90 minutes from Buffalo and three hours from Toronto, making it a perfect choice for skiers in Eastern New York and Southern Ontario. Serving as a resort, spa, and conference center, Peek ‘n Peak offers 27 lighted trails that are groomed, and serviced by eight chairlifts. Elsewhere, the resort boasts miles of terrain and cross-country skiing alongside other mountain activities. 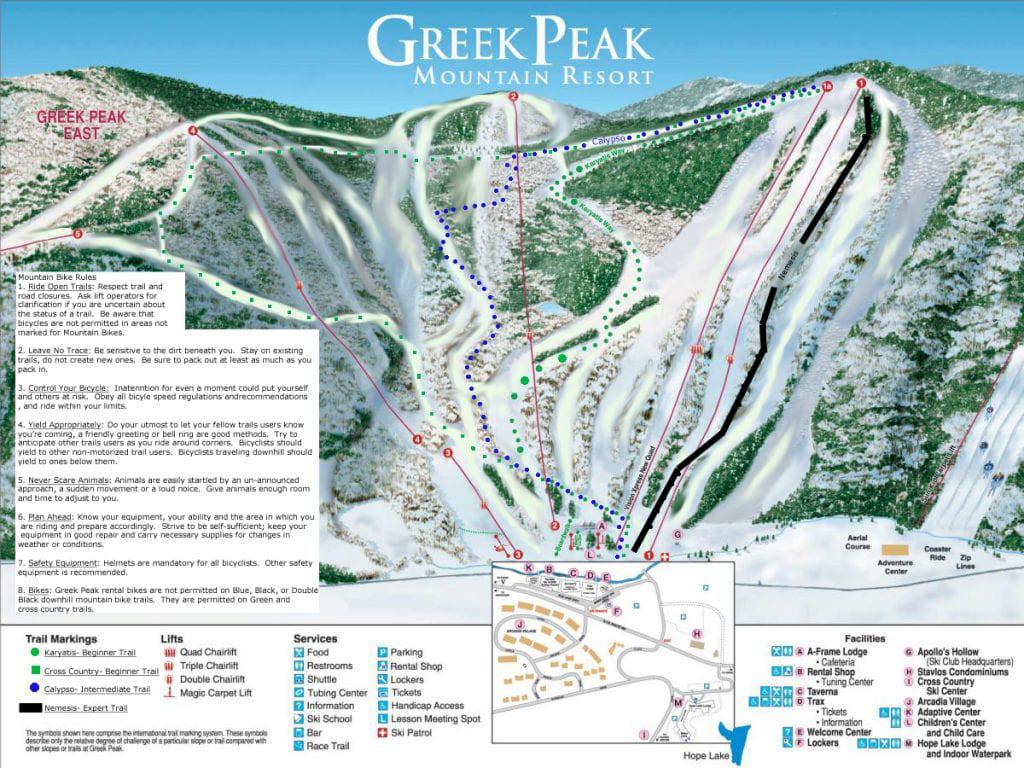 Greek Peak Mountain Resort is a popular vacation destination year-round in New York State. Located almost directly in the middle of the state, it provides good access from all nearby cities. Set in the Finger Lakes Region, Greek Peak also acts as a four-season vacation location and is noted for its child-friendly skiing, making it a go-to choice for families. Standout features that allow Greek Peak to stand out as a general vacation spot are the Outdoor Adventure Center (complete with alpine coaster, bungee, and snow tubing), and an indoor water park.

Here’s a preview of Greek Peak from their live webcam: https://greekpeak.net/explore-greek-peak/webcam 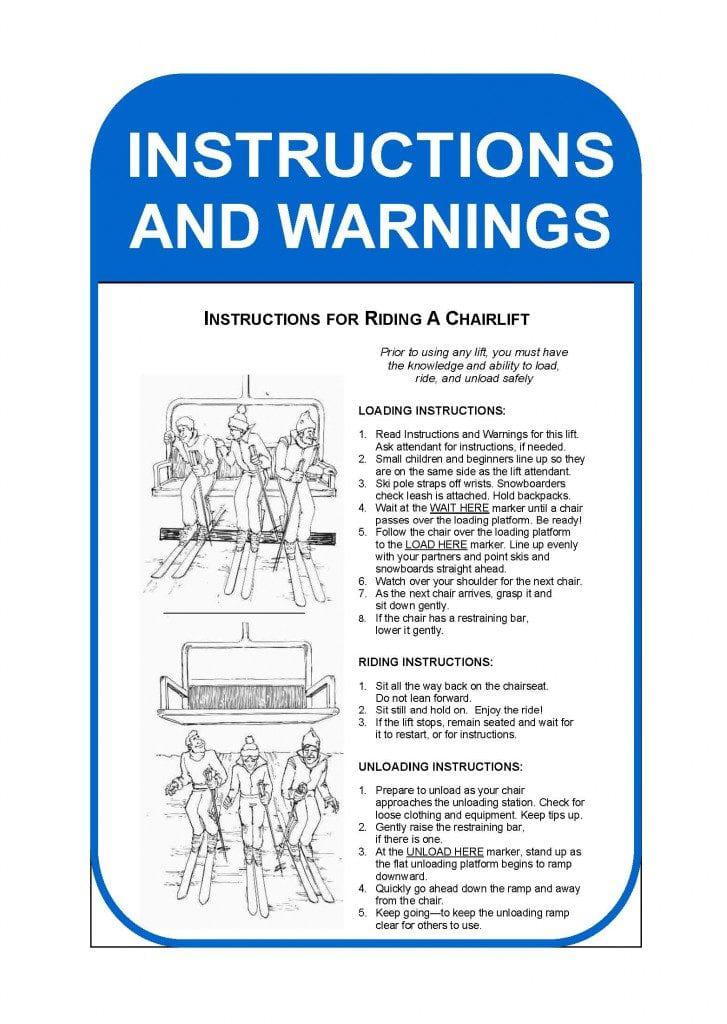