To mark 90 years, the Empire State Building will kick off a wealth of new offerings, with more announcements to be made over the course of the year-long festivities. 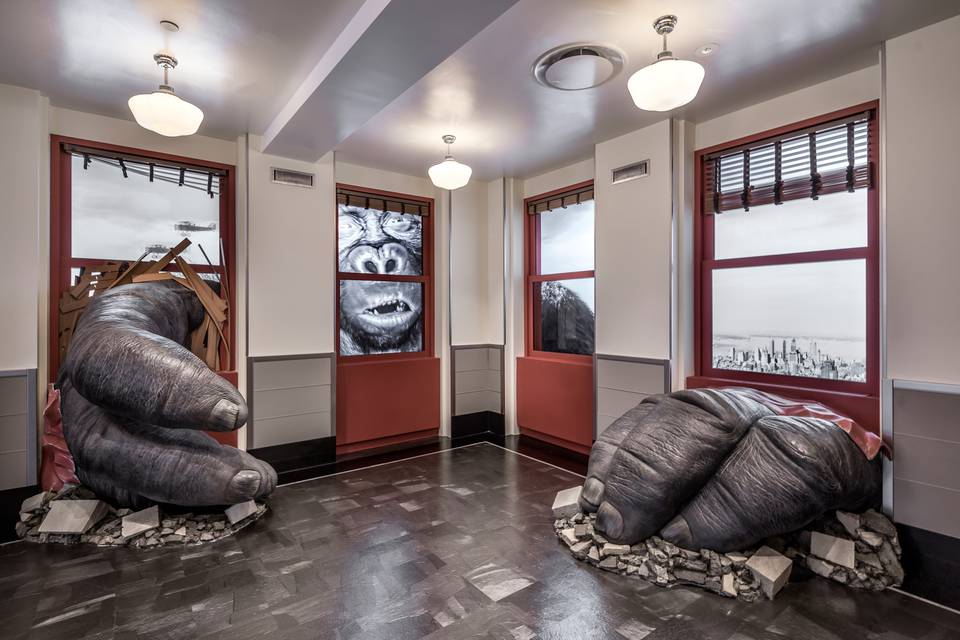 They stake claim to the label, “The World’s Most Famous Building” and this is probably justified. The Empire State Building (ESB) will celebrate its 90th anniversary May 1, 2021. The building has attracted millions of visitors every year and has been an icon of New York City in movies, magazines and in the people’s minds.

And now, the iconic building will be one of the major attractions for visitors and with little doubt, one of the most important features of the initiative of the city’s tourism body, NYC & Company, “NYC Reawakens”.

Fred Dixon, longtime NYC tourism hand and President and CEO of NYC & Company said of “NYC Reawakens”, “As the ship turns toward tourism recovery, we’re pleased to present ‘NYC Reawakens’ as a call to action to encourage visitors and meetings delegates to plan and visit the five boroughs this year and experience the City's unmatched energy, excitement and dynamism. With a packed cultural calendar, world-class hotels, a new outdoor dining scene and so much more, visitors can experience the best of everything right here in New York City. We’re so grateful to be collaborating with Mayor de Blasio to launch this unprecedented marketing campaign later this Spring to draw visitors back to the greatest city in the world.” 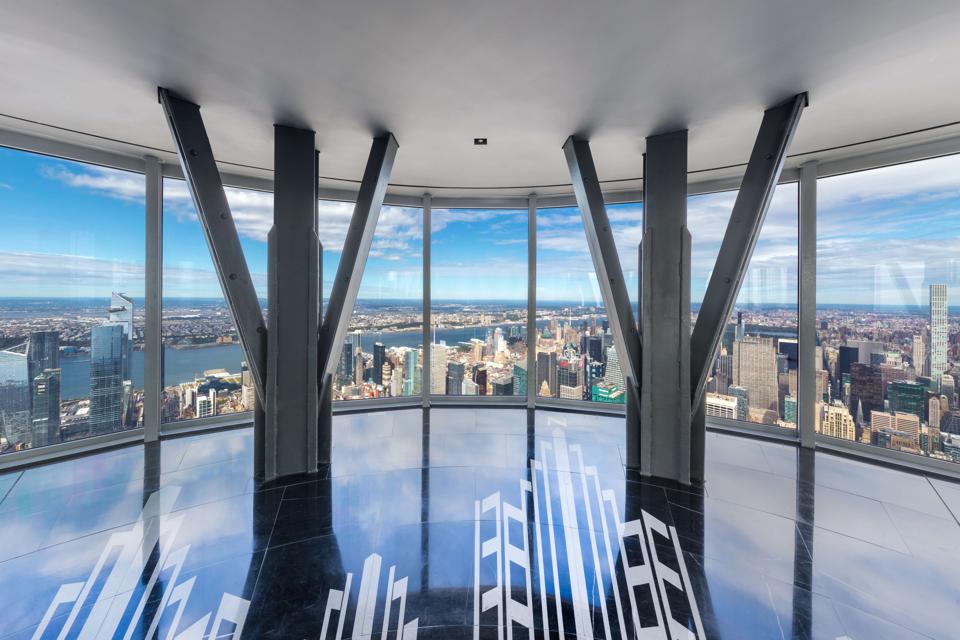 In a press release, the president of the Observatory — this is what people visit on the top of the building — Jean-Yves Ghazi said, “Since we first opened our doors 90 years ago, the Empire State Building Observatory has been the must-visit for travelers from around the world. We’ve welcomed everyone from the Queen of England to the Queen of Christmas (Mariah Carey) through our doors, and our most important visitors are our Observatory guests from around the world who today visit our brand new, $165 million recreation of our entire experience.”

With the city’s mayor Bill de Blasio announcing that the city will be fully open for business come 01 July 2021, a refurbished and spruced-up Empire State Building is set and ready to star in the “reawakening” of New York City.

“With New York reopened as of July 1, we look forward to visits from our fans near and far who can safely travel to celebrate this important anniversary,” Ghazi said.

As expected, the drop in travel on account of COVID-19 was a blow to New York’s tourism industry. With the city opening up, most tourism related businesses will look up to attraction market leaders, such as Empire State Building to lead the way.

Here’s a list of everything that the building wants you to know. The following paragraphs are reproduced from their press release.

To mark 90 years, the Empire State Building will kick off a wealth of new offerings, with more announcements to be made over the course of the year-long festivities.

Birthday Lighting: ESB’s world-famous tower lights will sparkle in white with a special “90” illuminated in the mast throughout the night.

New Historical Tour: The new 90 in 90 Tour will take guests on a 90-year journey in 90 minutes as they explore the building’s rich history. Treated as a VIP with their own ESB Ambassador at their side, guests quickly become insiders and go behind-the-scenes at the Empire State Building.

Birthday Giveaway: With the purchase of a Sunrise, Premium or All Access ticket to the Observatory, guests will be gifted a complimentary, celebratory 90th anniversary tote bag.

David Yurman Window Display: In honor of ESB’s 90th anniversary, America’s foremost luxury jewelry brand David Yurman will launch its new “Empire Collection” of women’s jewelry and men’s accessories – all inspired by the Art Deco architectural wonder – with a window display in the building’s famed Fifth Avenue lobby. The Empire collection will be available exclusively at David Yurman retail stores and on DavidYurman.com.

Sweeping Views with Starbucks Coffee: For the entire month of May, guests who show their Observatory ticket at the 34th Street Starbucks located inside ESB before or after their visit will receive a $0.90 tall, hot or iced coffee and a Starbucks reusable cup while supplies last.

Since its construction, the Empire State Building has taken pride in its status as the World’s Most Famous Building – an international symbol of technology, imagination, and ambition. Recent renovations and a reimagined visitor experience serve as an example for other buildings and attractions across the globe.

Reimagination of The Observatory Experience: A five-year, $165 million overhaul of the visitor journey to the 86th Floor Observatory was completed in 2019 and introduced a new dedicated guest entrance on 34th Street, an immersive 10,000 square foot museum, and additional exhibits on the redesigned 80th Floor. A brand-new 102nd Floor Observatory with floor-to-ceiling windows complete the redo. ESB also improved indoor air quality throughout the building and specifically throughout the Observatory Experience with industry-leading MERV 13 filters and AtmosAir bi-polar ionization. The building lives within the larger Empire State Realty Trust real estate portfolio, which was the first in the Americas to achieve the evidence-based, third-party verified WELL Health-Safety Rating for overall health and safety.

Sustainability Retrofit: Over the last 10 years, the Empire State Building underwent a ground-breaking energy and efficiency retrofit as part of the $550 million Empire State ReBuilding program that transformed it into one of today’s most efficient historic landmarks. The building is in the top 20 percent of all Class A commercial assets in the nation and has been recognized by more than ten independent organizations for its sustainability leadership. As a result of these efforts, ESRT earned the highest possible GRESB 5 Star Rating and Green Star recognition for sustainability performance in real estate and was named a Fitwel Champion for healthy, high-performance buildings. ESB looks forward to a more sustainable future with a recently announced target to reach carbon neutrality by 2030.

Updated Tower Lights: In 2012, the Empire State Building upgraded its world-famous tower lights to now display more than 16 million colors. The new lights debuted with the building’s first music-to-light show set to Alicia Keys’ Girl on Fire and Empire State of Mind. The building recently brought back the classic show during 2020 to bring a moment of joy to all New Yorkers during the pandemic.

Restoration of an Art Deco Classic: In 2009, the celestial ceiling mural of the Empire State Building’s Fifth Avenue Lobby was fully restored. The project used aluminum leaf and 23-karat gold, the same materials from 1931, and took more than 20,000 man hours. Just last year, the silhouette of the Empire State Building was also restored to the original design that influenced various architectural styles. With the removal of various antennas and a new coat of silver waterproof paint, ESB sparkles like new.

The building is now ranked among the top 20 percent of all Class A commercial assets in the nation. The designation has earned ESRT Green Star recognition for sustainability performance in real estate, said company officials. The Empire State Building is also the first U.S. building in the country to achieve the WELL Health-Safety Rating for its procedures and protocols in response to the COVID-19 pandemic, said officials.

Paddle Into Spring In The Adirondacks
In this article:   New York City | Upstate New York | Manhattan | 90th anniversary | Bill de Blasio | New York reawakens | Fred Dixon |
Want to write for us? Submit your article. (Log in if you haven't.)