If you haven’t traveled on the Haunted History Tours trail before, you’re probably wondering what to expect from its destinations, like if there will be vampires… 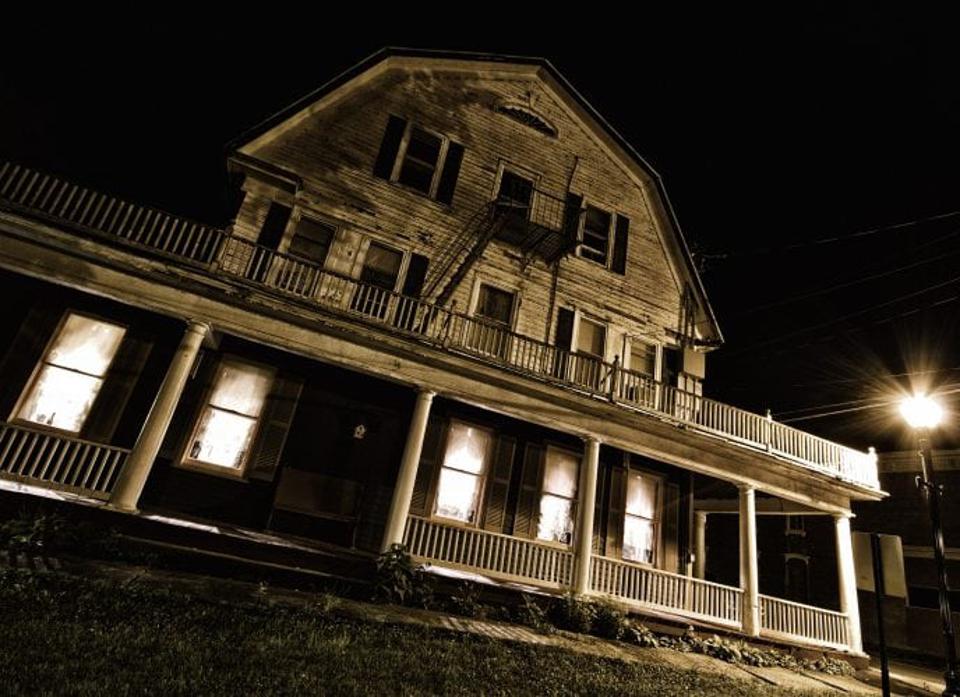 Roam the Catskill, Hudson Valley and Capital regions of Upstate NY in the company of spirits responsible for a series of supernatural occurrences. Thanks to Haunted History Trail, you can choose from many haunted history tours throughout the various cities, villages and countryside of Upstate New York - and maybe even experience a haunted happening firsthand.

If you haven’t traveled on the trail before, you’re probably wondering what to expect from its destinations, like if there will be vampires…

“You’re going to have a great time.” says Sarah Blackwell, spokesperson for the Haunted History Trail of New York State. “Don’t worry,” she continues, “a lot of the stories and the spirits on the trail are, for the most part, friendly.”

So, if you’re looking to do something a little more voodoo this fall, this itinerary offers the most eerie haunts of the Catskill, Hudson Valley and Capital regions. Be sure to make your guided haunted tour appointments in advance for the most memorable ghostly adventure. 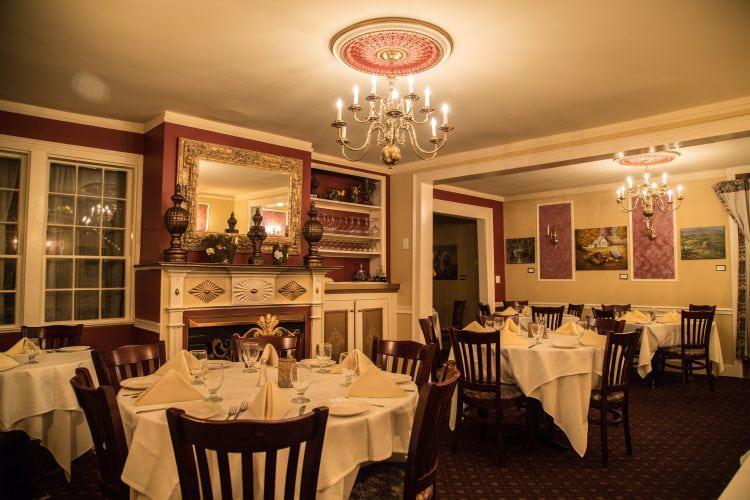 Built in the lake 1700s by Revolutionary War Veteran, Levi Ellis, this home turned Italian restaurant has had numerous counts of ghostly shapes, footsteps, sounds, and disappearing items. Book a reservation for dinner one night and request table 24, the site of a suicide by former resident Roy Vail. 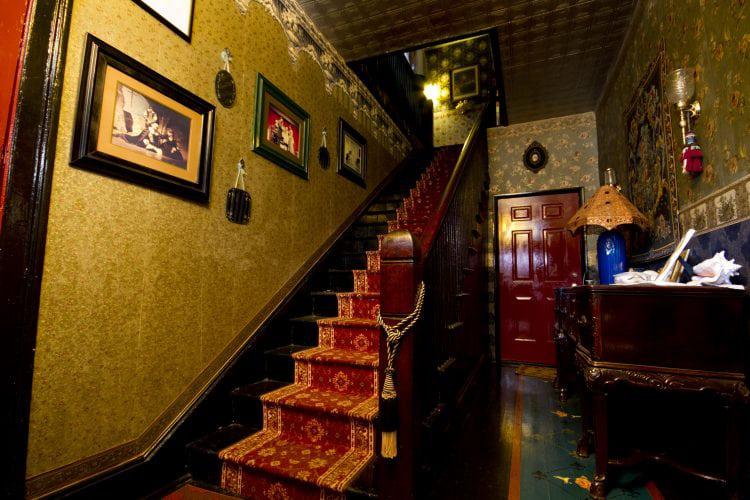 Just because you rent a room at the Shanley doesn’t mean you’ll be staying the night. Over the years, visitors have reported rocking chairs seen rocking on their own, mysterious clock chimes, cold and hot spots, whistling, footsteps, piano music, voices, the laughing of children – even the aromas of cooking when no food is being prepared. Many have seen shadows and apparitions at the Shanley, and report the feeling of being watched. 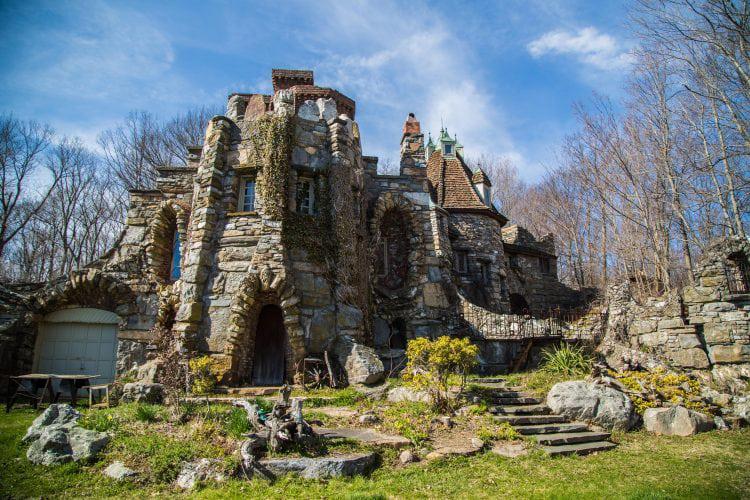 A castle home, filled with antique memorabilia and collectibles that invite strange activity onto the premises. Owners tell stories of unexplained events in and around the castle house—why Toni took an axe to a goat-headed artifact embedded in the castle wall; why trick-or-treaters never seem to venture past the driveway entrance. One visit inside and you’ll know.

(This venue is temporarily closed during the Covid19 pandemic) 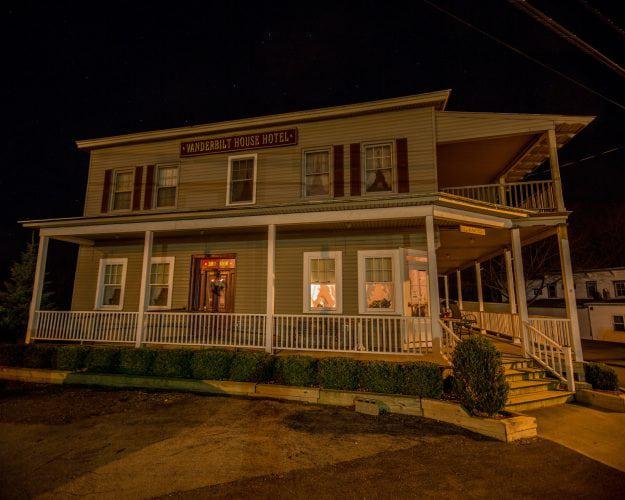 The Vanderbilt House Hotel & Restaurant was built in 1860 by the Vanderbilts to serve their railroad employees in Upstate NY. Although the railroad across the street no longer remains, some inhabitants from a prior life apparently still do. In recent times, guests have reported seeing a child jumping on an upstairs bed when no children are at the inn. Guests have reported many apparitions and antics. Four different mediums, none of whom have known one another have visited the inn at various times and describe the same sights guests have reported seeing.

Join The Original Albany Ghost Tour at Ten Broeck Manion, one of the most haunted public sites in Albany. Trained docents will guide you through its haunted halls, regaling you with tales of the supernatural. Who is the Woman in White seen gazing sadly upon Ten Broeck Triangle? What does the Man with the Billy Goat Beard want from Mansion visitors? The answers may lie within the walls of Ten Broeck. 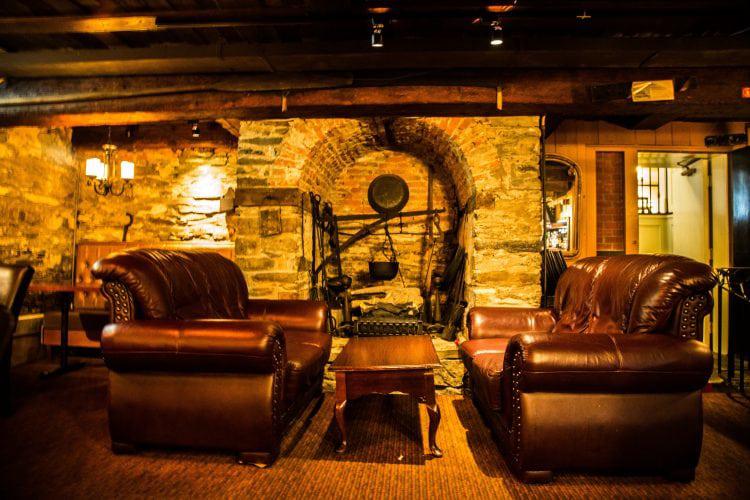 Built as a trading port in 1658, the mansion was a family home until 1961 when it was transformed into the Inn. Stay overnight and you may experience paranormal activity and spirit interactions – thought to be the result of a time recording or residual hauntings. 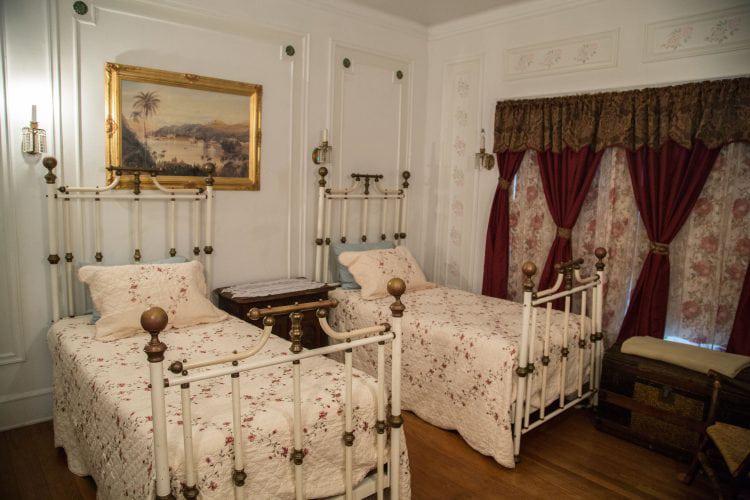 Built in 1889, this historical mansion has 42 rooms worth of haunted activity to explore. Take a guided tour, visitors have reported seeing apparitions, unknown footsteps and voices, sheets being pulled off during an overnight, even the piano being played by itself. 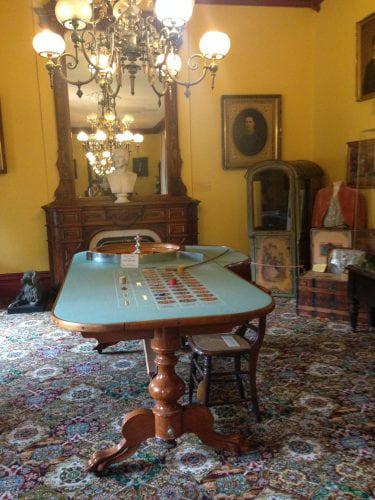 A 140-year-old landmark, and home to three floors of exhibits telling the histories of Saratoga Springs and its more influential residents. Strange occurrences have accelerated in recent years – after the museum brought in antique clothing owned by Saratoga’s prominent first families. 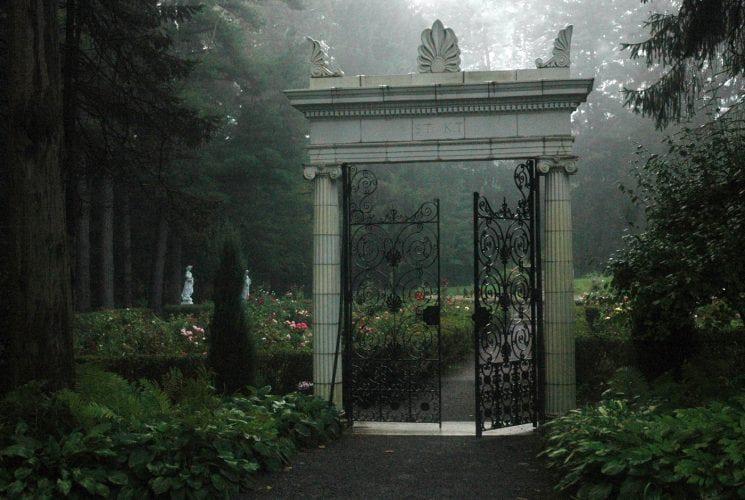 If you like to go for walks, experience the ghosts of the Gardens. Feel the energy and creativity of the forces of the Earth. Share in the spiritual intrigue from Native Americans, Edgar Allan Poe, the Trask family and other contemporary visitors. 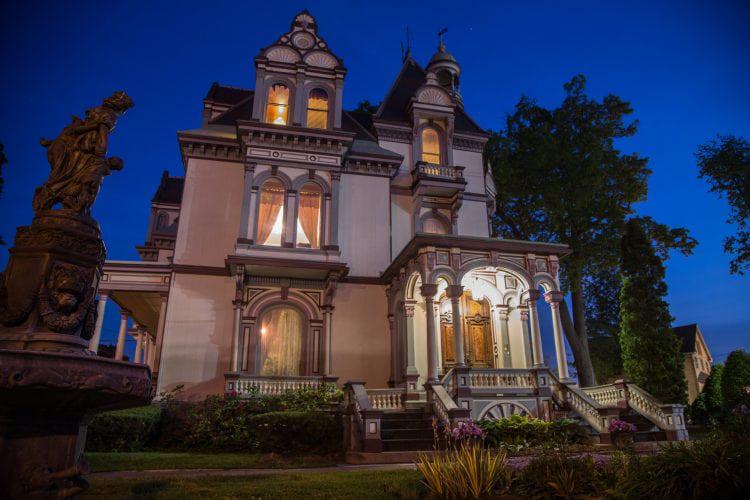 One of America’s great Victorian houses, the Batcheller Mansion is an American architectural masterpiece. It is an elegant mixture of a small hotel and living history museum, with the intimate feel of a bed & breakfast. Tales of supernatural experiences have been shared by the Batcheller Mansion Inn’s staff and guests alike. The Albany Paranormal Research Society (APRS), a proud TAPS Family member, had the pleasure of investigating the location twice previously with results of evidence captured. 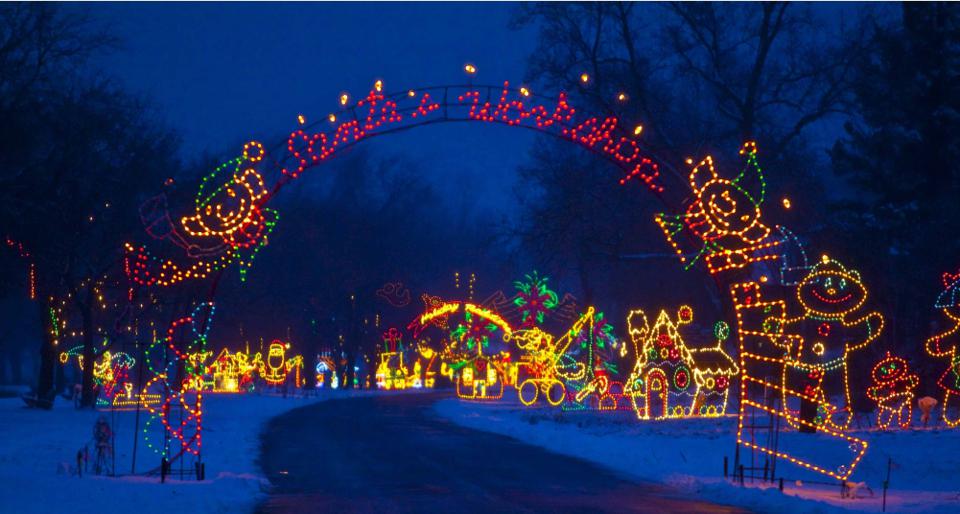 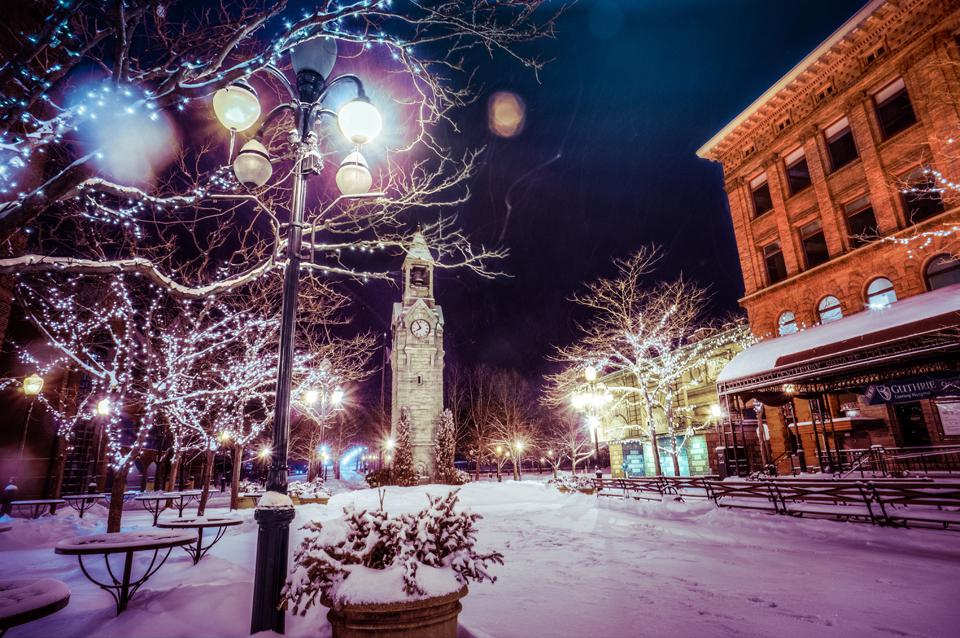 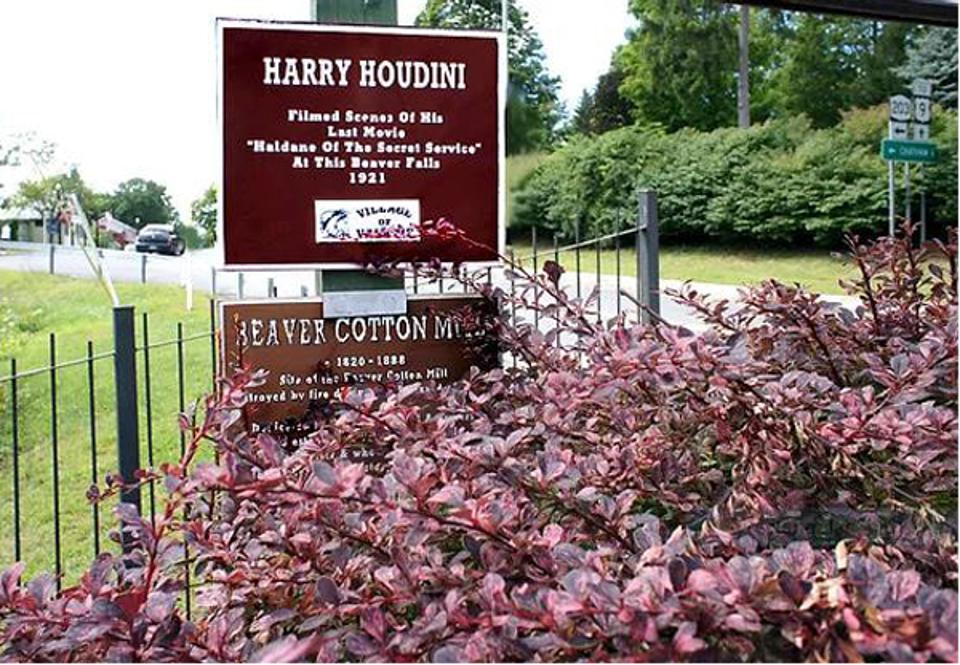 Columbia County ~ Scenic Sips and Drive Through History
In this article:   upstate NY | Halloween | Yaddo | Haunted History Tours Trails |
Want to write for us? Submit your article. (Log in if you haven't.)