At most times, New York can be expensive for some, right now you can take advantage of low season prices in NYC this year.

Even through the tough days of the pandemic, the “greatest city on earth” still welcomes visitors. At most times, New York can be expensive for some, right now you can take advantage of low season prices in NYC this January.

Here is a list of things to do in New York in January.

Visit One Of The World’s Best Museums 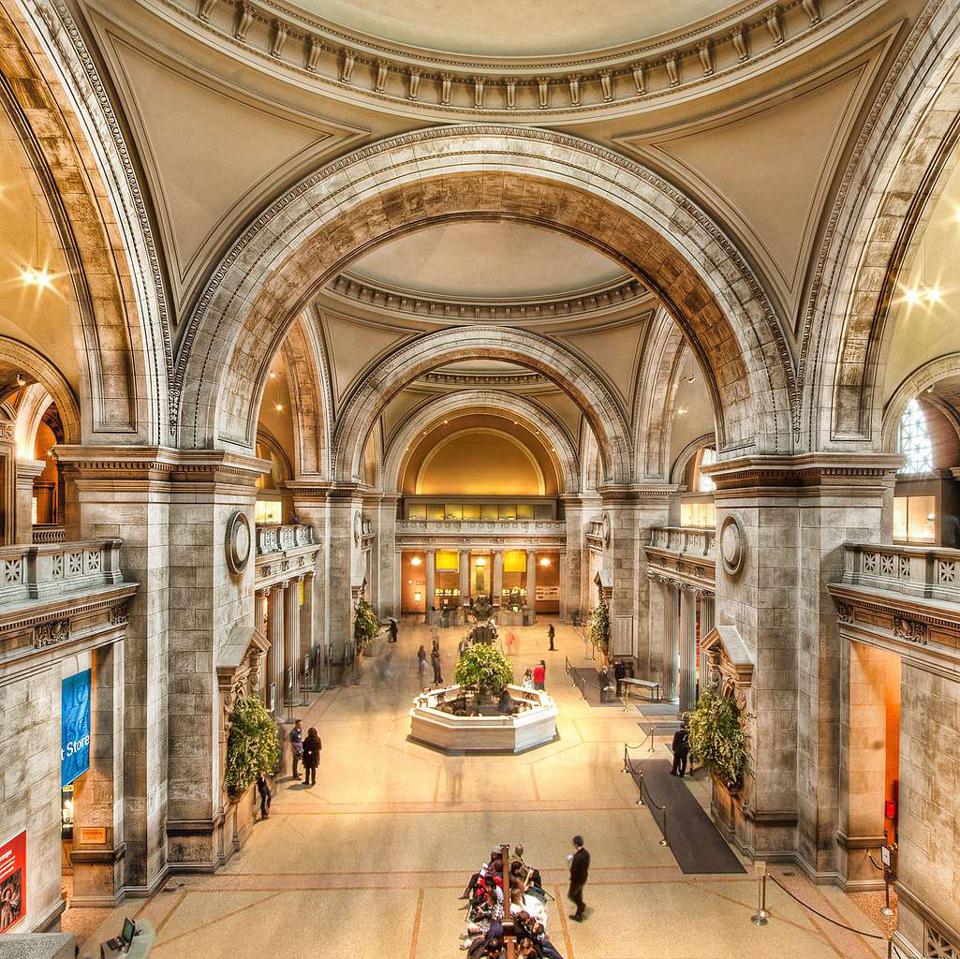 Museums are a good way to protect from the winter chill.

Many museums like the American Museum of Natural History offer timed-entry tickets to visitors. This is one of the most fascinating museums and showcases 32 million specimens depicting earth’s species.

The warm galleries of the Metropolitan Museum of Art, or the Met, showcases 5000 years of art.

A more recent museum that needs to serve as a continued reminder is the 9/11 Memorial & Museum. The interactive installations are a constant reminder of the resilience of Americans through that crisis. 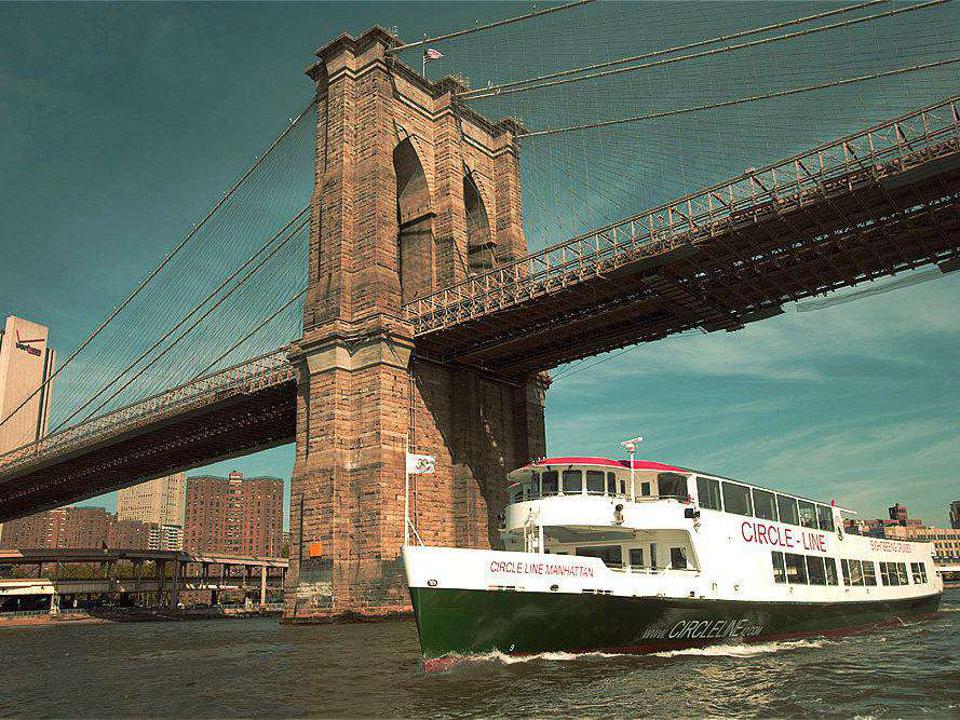 Circle Line NYC Landmark Cruise cruises across the rivers of New York, under the bridges and showing all the landmarks and boroughs of the city.

The popular hop-on hop-off tours like Gray Line and Big Bus are always a good way to see the city.

Of course, its not like visiting New York if you don’t do a TV show themed tour like the Sex and the City tour or the Marvelous Mrs Maisel tour of New York City. 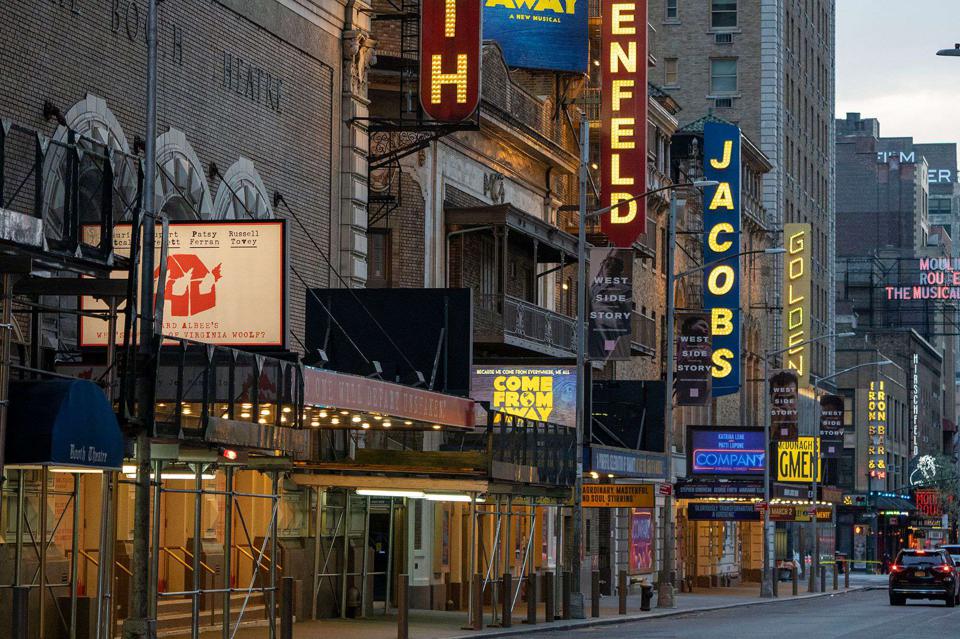 Broadway may be hurting now but it is unlikely that it will ever die. The thrill of a live show on Broadway is worth braving the freezing winters for. Especially if you get to watch your favorite shows at discounted prices. Broadway Week usually runs in January and offers great savings.

People travel from across the country and the world to watch a show on Broadway. Walk about the theater district, checkout the posters to plan. 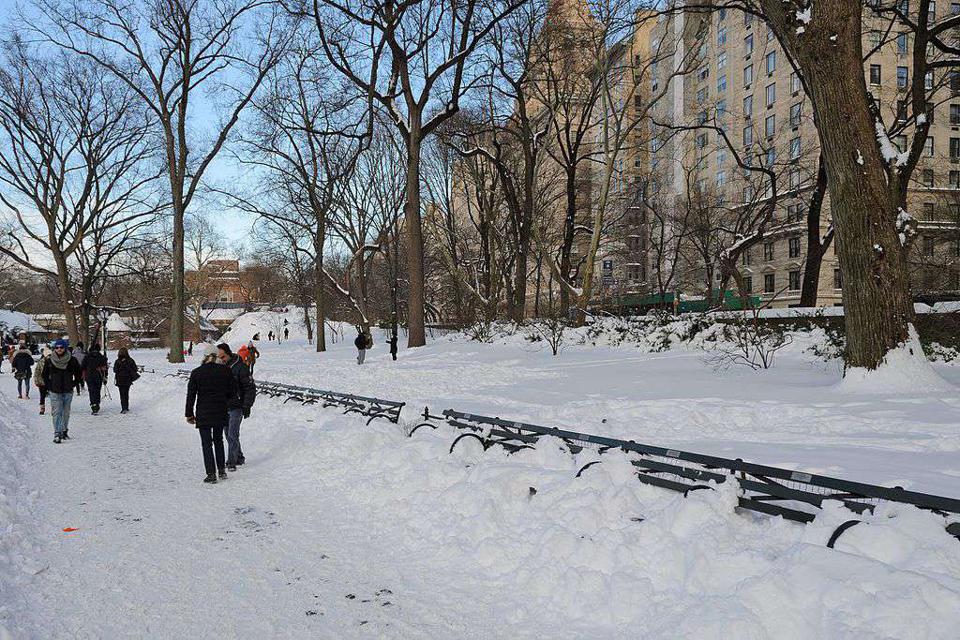 A free and ever dynamic Central Park reeks of the winter wonderland theme. With ice skating rinks, hot chocolate, building a snowman riding the carousel, and Central Park Zoo, there is nothing lacking in these gentle sledding hills of Central Park.

Central Park is the fifth-largest park in the city but clearly the best reputed. No trip to NYC is complete without a visit here.

Get great savings and access to some of the best restaurants in the city during this festival that brings great cuisine within everyone's reach. Here's link to the event listing: Restaurant Week. The vibrant restaurant scene of New York is supposed to be like none other in the world.

Look Down At The Sparkle

The sparkly lights of New York below and the sparkly stars above, one of New York’s high rises is the perfect place for the perfect view. From atop Rockefeller Center see the Christmas tree lit up. This usually remains lit till the first week of January.

The One World Trade Center Observatory is another vantage point from where one can enjoy 360 degree views of Manhattan and all its lights. 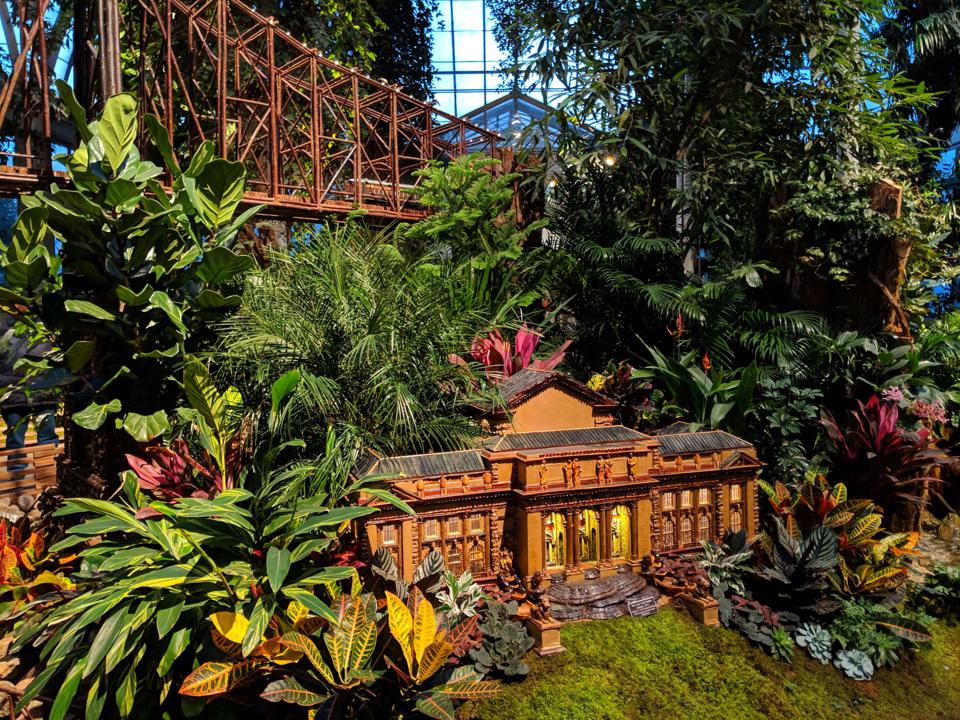 If you are fed up of looking up at the skyscrapers of New York opt to look down at them. The Holiday Train Show at New York Botanical Garden takes you on a tour to see miniature versions of Radio City Music Hall, Statue of Liberty, the Brooklyn Bridge and Rockefeller Center.

The model trains are created with natural materials like birch bark, acorns, and cinnamon sticks.

Ice Skating in New York is a theme we’ve seen in all holiday romantic movies that we love. Like Serendipity. And most of the rinks live up to the romantic theme. Some even offer night time ice skating to enhance the romance. We have a more detailed article on this. Click here: Ice Skating In Upstate New York.

End the day at one of the many rooftop bars in New York. They may be outdoor but many like Bubby’s in Tribeca or Olmsted in Prospect Heights are outdoors but with heaters.

This year many rooftop bars are getting creative and offer private rooftop yurts or igloos. Rent an igloo at City Winery at Rockefeller Center or enjoy the woodlands theme at Eataly’s rooftop restaurant. 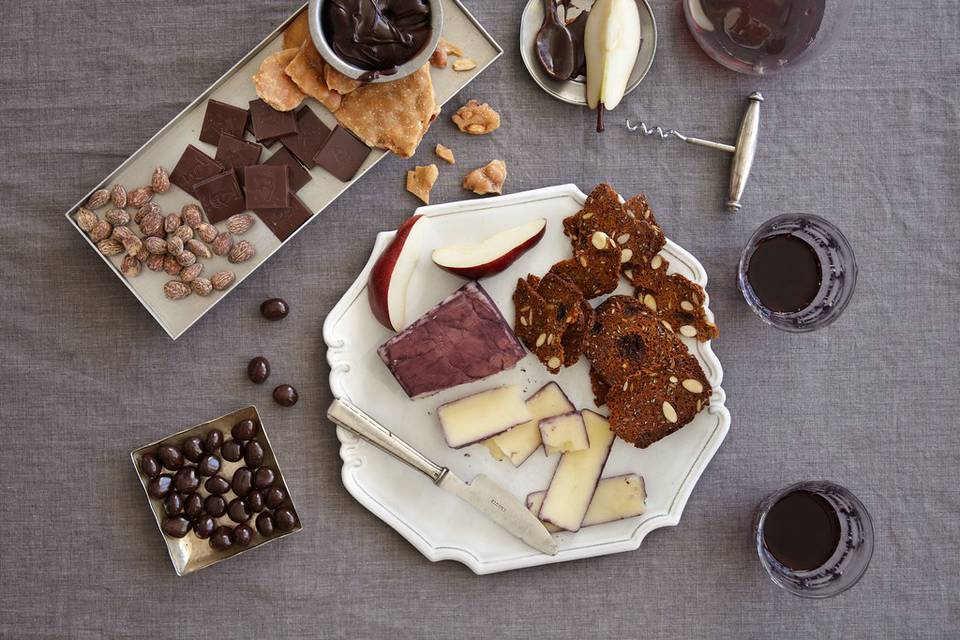 Head To Canalside Buffalo For Summer Fun
In this article:   NYC | Snow | Winter Wonderland | Low Season | Off Season | Ice Skating | Central Park | January | rooftop bars |
Want to write for us? Submit your article. (Log in if you haven't.)