Early on March 17, 2020, which is St Patrick’s Day, an event that occupies every nook and cranny of New York City each year -- the St Patrick’s Day parade -- took place as scheduled.

If that does not sound like a news story, consider that of the 234 units who were to participate in the 2020 St. Patrick’s Day parade, there were only two -- The Fighting 69th Regiment, who lead the march every year and some people from the parade committee, kept the 258-year tradition alive in the face of the official postponement of the parade.

The 259th annual New York City -- they call it a “mini-parade” -- kicked off  at about 6:45 a.m. Thirty members of the Fighting 69th and about 20 parade committee members, officials and volunteers started at the Regiment Armory on Lexington Av and 26th St and went up Madison Av. They marched to a lone bagpiper.

Early morning commuters recorded the event on their phones and according to reports, some held up their cup of coffee in support. A stark difference from the two million spectators the parade draws every year, 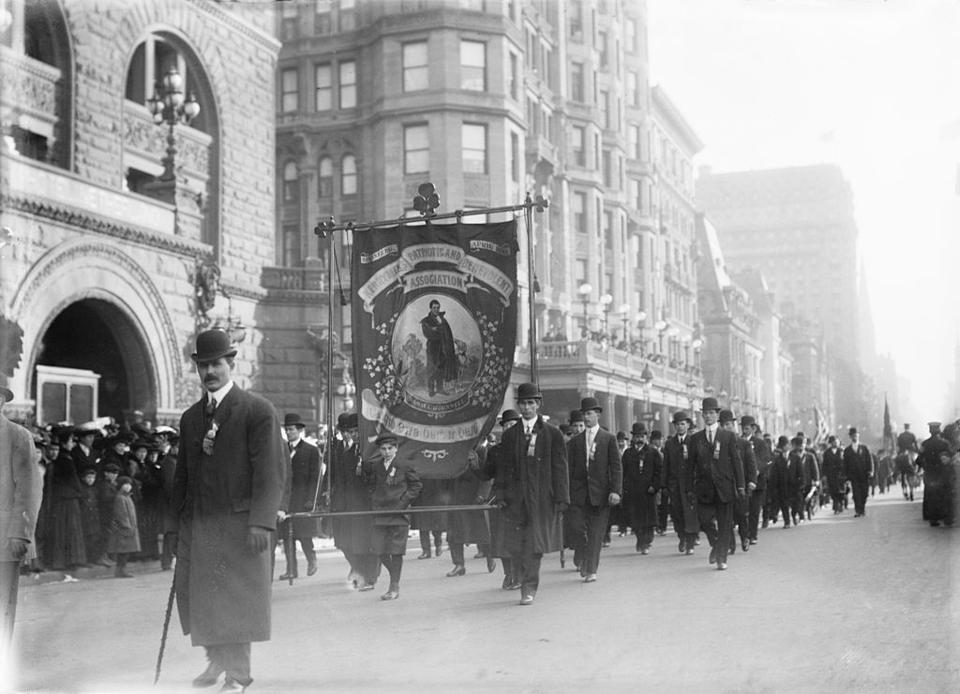 The New York Times reported that police cars with flashing lights led the parade of people in uniforms and sashes carrying banner and flags. The brief march wasn't advertised, the sidewalks were largely empty and the norms of social distancing was practiced, the Times reported.