If James Bond spy movies are your jam and you often wonder, “what would I do if in that situation”, the new spy museum, Spyscape NYC is open for your journey of discovery of your inner (and outer) Bond.

Spyscape is located in midtown Manhattan on 8th Avenue between 54th and 55th, only a couple of blocks from MoMA , and lets you participate in real spy tests that will test your spy skills.

The 60,000 sq.ft space is divided into seven galleries - encryption, deception, surveillance, hacking, cyber warfare, special ops, and intelligence. Knowledge of these tend to veer from fantasy into real life. 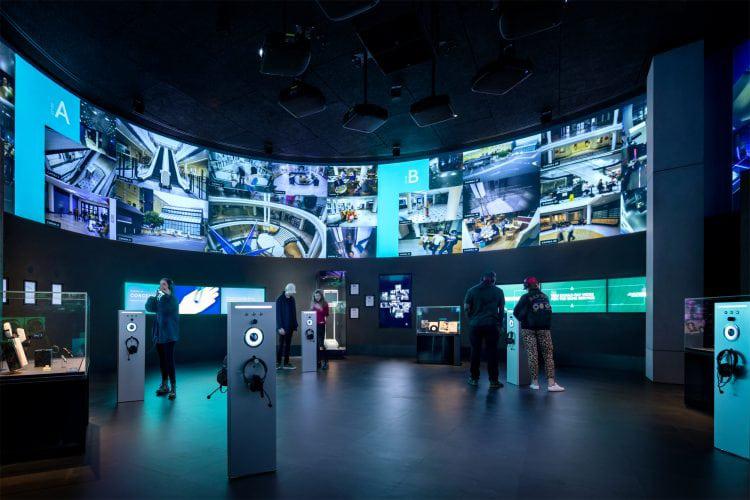 According to the museum press release the galleries are explained thus:

Contemporary Museum: Spyscape explores amazing Spy Stories and characters — from code-breakers and spy pilots, to the spycatcher who brought down the FBI’s most damaging traitor, and the teenager who hacked the CIA’s website — all brought to life with world-class artifacts and multimedia storytelling.

Journey of Personal Discovery: Throughout the museum galleries (Encryption, Deception, Surveillance, Hacking, Cyber-Warfare, Special Ops, and Intelligence), visitors will encounter Question Stations testing their spy attributes such as risk-tolerance, brainpower, and personality. As visitors proceed through the galleries, their interactions in the Spy Challenges and Question Stations contribute to their overall Spy Profile. 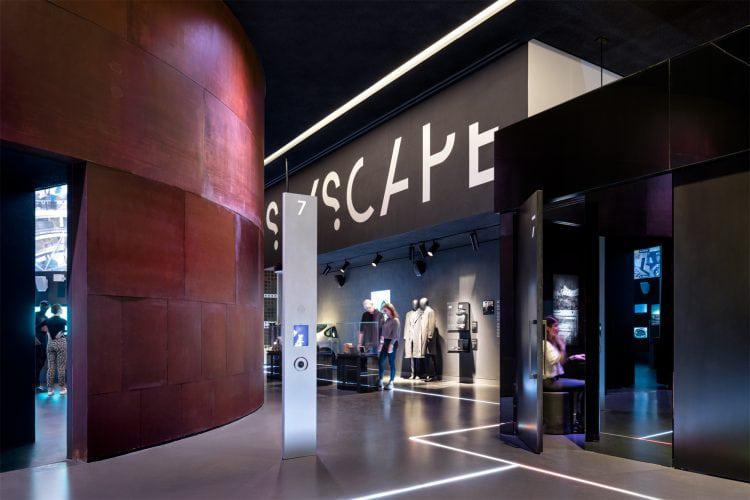 Upon entry, visitors will receive a unique Identity Band, which uses RFID technology to personalize their experience. They then enter the Briefing, a high-tech theater which rises up through the building as it introduces the world of secret intelligence via an immersive film developed with the studio that creates VFX for films such as Avengers, Ex-Machina and Blade Runner 2049.

Their Spy Profiles are then analyzed in Debrief, where they discover which of the 10 archetypal Spy Roles they are best suited to. This authentic profiling system was developed with a former Head of Training at British Intelligence and top industrial psychologists. The Spy Roles are: Agent Handler, Cryptologist, Hacker, Intelligence Analyst, Intelligence Operative, Special Ops Officer, Spycatcher, Spymaster, Surveillance Officer, Technical Ops Officer. 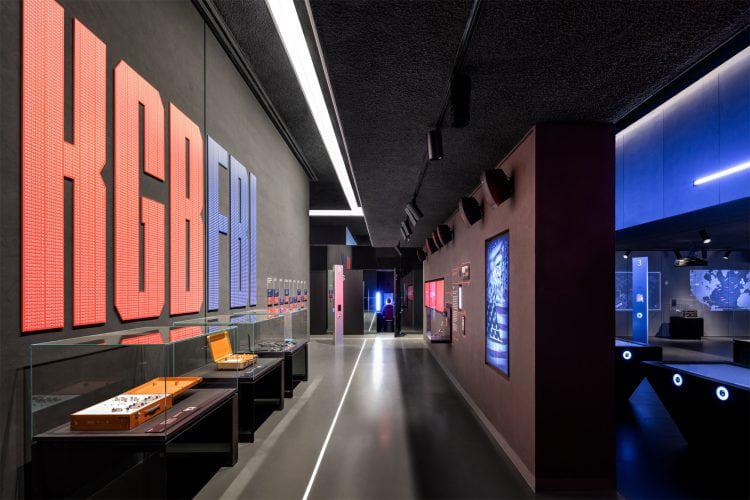 Encryption Challenge - Visitors will use ciphers to send and receive coded messages to and from agents behind enemy lines. These messages, and how quickly and accurately they are sent, will determine the success of missions, which then play out as short animated stories based on real-life events.

Deception Challenge - Visitors will learn to lie, and learn the art and science of spotting lies, in an interrogation room. A pulse monitor and facial and audio recognition software track heartbeat, facial expressions, and vocal cues as they try their hand at lying.

Surveillance Challenge - Surrounded by a 360-degree projection of live and pre-recorded CCTV imagery, wear special headsets fitted with microphones and voice-recognition software as a surveillance officer takes them through authentic surveillance missions to test their powers of observation.

Special Ops Challenge - Visitors will make split-second decisions, reach for illuminated targets, and negotiate a path through laser beams to reach the end of the tunnels while scoring against the clock. This challenge tests agility, strategy and reaction times in this thrilling twist on a laser maze.

The architecture of the museum is by British firm, Adjaye Associates. The goal of the firm was to create a multi-sensory. To do so, the firm consulted with curators, designers, educators, programmers, and storytellers. They also got expert advice from former members of hacking collectives, investigative journalists, and former Station Chiefs and Directors of international intelligence agencies. This includes the Head of Training of British Intelligence- real 007 stuff.

The experience puts you through total surveillance with a lie detection test and - tote your ballet shoes for the - special ops laser tunnels. The interrogation booths and lie detector tests help you read vocal cues and facial expressions - a skill relevant in everyday life, not just for top psychologists.

Adjaye Associates also designed the Smithsonian National Museum of African American History and Culture, the Nobel Peace Center and the Moscow School of Management. The audio design was done by composer and sound designer Nick Ryan, whose recent projects include works for Dolby, Tate, Rolls-Royce, and the Imperial War Museum.

Spyscape will have you immersed in the world of espionage. The prices are also not regular. It is $39 for adults and $32 for kids to this spy museum in NYC. This gets you admission to the briefing and main galleries; access to all experiences and a full Spy Profile. They offer a VIP admission of $59 for adults and $52 for kids. VIPs have special entry with no waiting lines.

The museum also has a bookshop, cafe and multiple event spaces.