Plan your trip! Weather at venue in Queens

Museum of the Moving Image

Fashion’s most intimate relationship is its relation to time.—Barbara Vinken

The London-based Fashion in Film Festival’s 10th anniversary season explores the fascinating connections between fashion, cinema, and time. Probing into four different (though often overlapping) conceptions of time—past, present, future, and dream—the program asks what concrete manifestations of time fashion and clothing enable. What memories, echoes, and ghostly shadows? Fashion’s own relation to time may be vital and intimate, but it is far from transparent. Film, the art of time passing, helps illuminate some of its complexities.

Few things indicate history to us as immediately as styles of dress—period films are often referred to as costume dramas. At the same time, fashion is one of the most potent visual means through which film can break away from known reality and herald new worlds of tomorrow. But dress and fabric can also embody the passage of time. Fashion in film has always been an important sign-posting device, deployed in multiple ways: to guide the viewer through time, to confuse, deceive, and disorient them, or even to dress the wounds of time. Examining the idea of clothing as a vehicle for representing time, Wearing Time goes beyond this, foregrounding the sense of invoking the past, present and future by donning its clothing. Dress allows us to wear time, even as time wears us out.

Tom Gunning is Edwin A. and Betty L. Bergman Distinguished Service Professor of Art History, Cinema and Media Studies, and the College Classics at University of Chicago. He has written extensively on problems of early and silent film, American avant-garde cinema and Hollywood film. He has published two books, The Films of Fritz Lang: Allegories of Vision and Modernity (winner CINEMA & Cie award) and D.W. Griffith and the Origins of American Narrative Film: The Early Years at Biograph, and over one hundred articles, catalogue essays, and book chapters. In 2009 he was the recipient of the Distinguished Achievement Award from the Andrew W. Mellon Foundation, in recognition of his major contribution to the fields of film history and theory.

Marketa Uhlirova is a Senior Research Fellow in Fashion History and Theory at Central Saint Martins, and co-founder and Director of the Fashion in Film Festival. She is the editor of Fashion in Film’s publications, including If Looks Could Kill: Cinema’s Images of Fashion, Crime and Violence (2008) and Birds of Paradise: Costume as Cinematic Spectacle (2013). She has contributed film programmes and installations to numerous cinema venues and museum exhibitions, and has contributed articles on fashion, cinema and art to journals and magazines, including Fashion Theory, Art Monthly, and Aperture.

Upcoming events in: Museum of the Moving Image 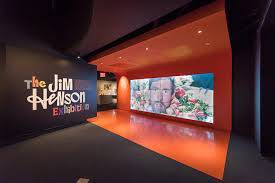 Lynne Sachs: Between Thought and Expression