Garry Winogrand: All Things are Photographable 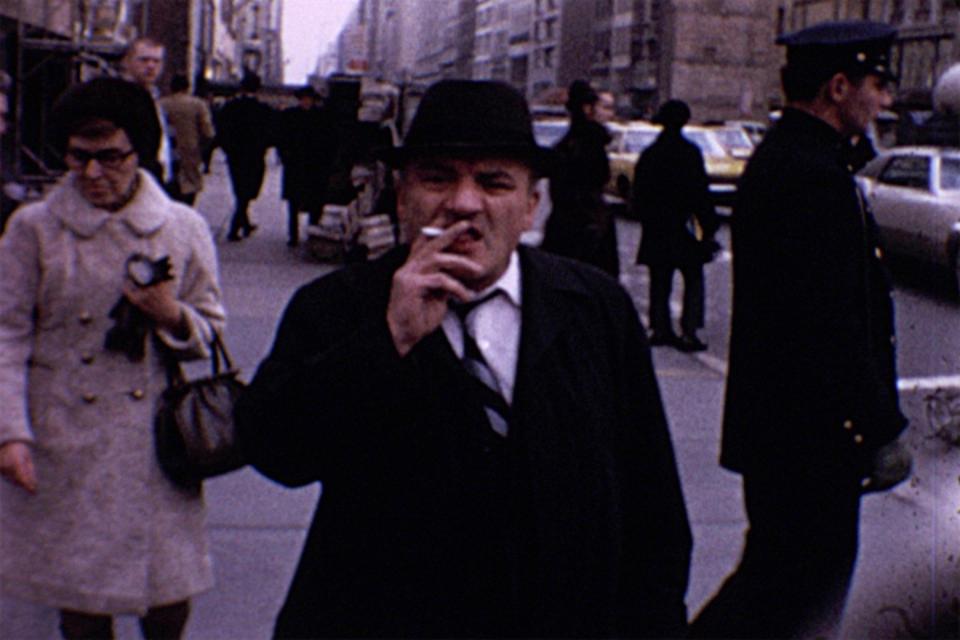 Plan your trip! Weather at venue in Buffalo

Garry Winogrand: All Things are Photographable

Described as a "poet," an "athlete," or a "philosopher" of photography, Garry Winogrand harnessed the serendipity of the streets to capture the American 1960s and '70s. His Leica M4 snapped spontaneous images of everyday people, from the Mad Men era of New York to the early years of the Women's Movement to post-Golden Age Hollywood, all while observing themes of cultural upheaval, political disillusionment, intimacy and alienation. Once derided by the critics, Winogrand's "snapshot aesthetic" is now the universal language of contemporary image making. Garry Winogrand: All Things are Photographable is the first cinematic treatment of Winogrand's work, including selections from the thousands of rolls of film still undeveloped upon his unexpected death in 1984. Interviews with Tod Papageorge, Matthew Weiner and more attest to Winogrand's indisputable influence, both as artist and chronicler of culture, while archived conversations with Jay Maisel highlight the gruff, streetwise perspective of "a city hick from the Bronx." In the tradition of Robert Frank and Henri Cartier-Bresson, Winogrand's candid, psychological style transports us to a bygone world, one where image lacked the editing and control possible today.

"This is a film primarily about photography, one that explores Garry Winogrand's tremendous contributions to the art form and his lasting influence on how we think of the medium today. But it is also a film that, I hope, explores and explodes the cliché of the undomesticated, self-destructive genius—one who is fundamentally unsuited to family life. This cliché is not exclusively the domain of male artists however, it tends to break along gender lines as a source of pride for men (think Faulkner or Picasso), and a source of pity or confusion where women artists are concerned (from Virginia Woolf to Cindy Sherman). "In looking at Winogrand in all his multidimensional human complexity, I take aim at the 'bad dad' and 'bad husband' tropes in artist biography, seeking to undermine these as sources of triumph or artistic necessity. Winogrand was an artist whose rise and fall—from the 1950s to the mid-1980s—in acclaim mirrors not only that of American power and credibility in the second half of the 20th century, but also a vision of American masculinity whose limitations, toxicity and inheritance we still struggle, culturally, to comprehend. The film ultimately invites a deeper consideration of Winogrand not only as a 'man of his time,' in the words of MoMA Photography curator Susan Kismaric, but also as a man struggling to define himself simultaneously as an artist and a parent (as so many of us do)." — Sasha Waters Freyer

Sasha Waters Freye, Producer, Director, Editor Born in Brooklyn in 1968, Sasha makes non-fiction films about outsiders, misfits and everyday radicals. Trained in photography and the documentary tradition, she fuses original and found footage in 16mm film and video. Past projects have screened at the Telluride Film Festival, the Film Society of Lincoln Center, the Rotterdam, Tribeca, Big Sky, Havana, Videoex, and Ann Arbor Film Festivals; IMAGES in Toronto, the National Museum for Women in the Arts, the Museum of the Moving Image in New York, Union Docs, the Pacific Film Archive, L.A. Film Forum, and Rencontres Internationales Paris/Berlin, as well as the Sundance Channel and international cable and public television. She is the Chair of the Department of Photography + Film at Virginia Commonwealth University, the #1 public college of art in the U.S.

Michael Kantor, Executive Producer Michael Kantor joined American Masters as the series' executive producer in April 2014 during its 28th season on PBS, and founded its theatrical imprint American Masters Pictures in January 2016. An Emmy and Peabody Award-winning filmmaker, Kantor has worked on projects for PBS, HBO, Bravo and 20th Century Fox. His PBS series include Broadway: The American Musical (hosted by Julie Andrews), Make 'Em Laugh (hosted by Billy Crystal) and Superheroes (hosted by Liev Schreiber). He served as executive producer of Give Me the Banjo with Steve Martin, and distributes the American Film Theatre series including Edward Albee's A Delicate Balance, starring Katharine Hepburn, and Chekhov's Three Sisters with Laurence Olivier.

Ethan Winogrand, Original Music Born in New York City the son of Garry Winogrand and Adrienne Lubeau Winogrand, Ethan started out in the rock group Joe Cool, who in the early NYC punk scene of the 1970s performed at CBGBs, Max's Kansas City and other notable clubs. After leaving the group in 1978, Winogrand pursued his newly discovered love of jazz, founding a jazz-rock fusion group, High Tide. Later, he joined the groundbreaking art/funk trio, Unknown Gender, recording and producing their next four records and touring Europe extensively for nearly a decade. Since 2000, Winogrand has been living, composing and performing in the north of Spain. He has release three albums since 2010 with the label EveryGoodSong which can be found, along with earlier albums, on his website.

We don't have any upcoming events listed for Hallwalls Contemporary Art Center.