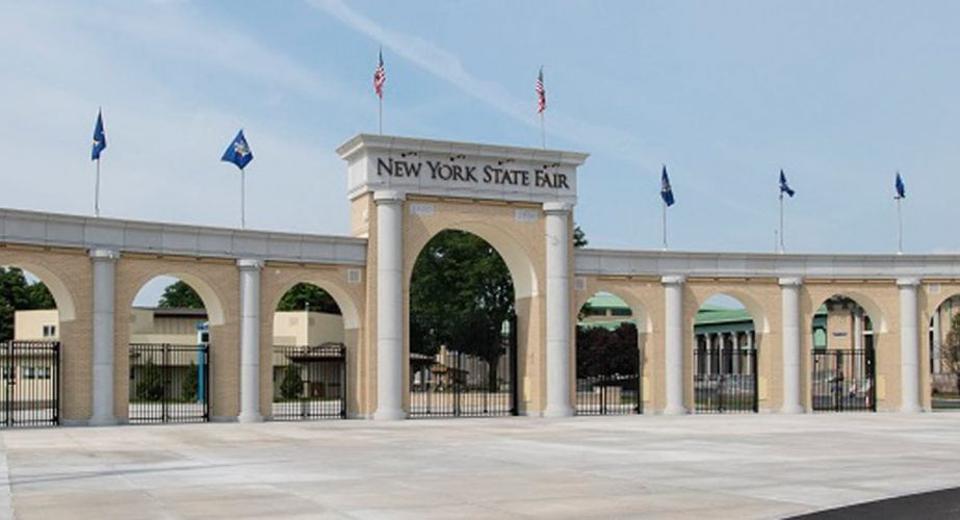 Plan your trip! Weather at venue in Syracuse

History at the New York State Fair
The New York State Fair first started in 1841 by the New York State Agriculture Society with animal exhibits, a plowing contest, and samples of goods from the farms. Throughout the last nearly two centuries, the New York State Fair has blossomed into one of the biggest events in the northeast every summer with attendance numbers reaching the millions. After starting out as a two day event, the fair has become a staple of New York and expanded to a whopping 13 days filled with entertainment and fun for anyone who is looking for a great time.

Entertainment at the New York State Fair
Come experience one of New York state’s biggest attractions of the summer when you visit Syracuse to enjoy some amazing acts like ZZ Top, Niall Horan, and Lil’ Yachty performing at Chevy Court. Make sure to check out the other area of entertainment like the Pan-African Village, Empire Theater, and the St. Joseph’s Health Amphitheater.

Food at the New York State Fair
Come with an appetite and leave with your taste buds blown away at Taste NY’s different vendors giving out samples every day. Check out the best food the state has to offer with tons of vendors setting up at the fair. Get whatever you may be craving with companies like Joe’s Jerky and Mapleland Farms visiting the fair to give out the great food that they have to offer. If you can imagine it, they will have it at Taste NY’s booths with different vendors across the fair.

We don't have any upcoming events listed for Empire Expo Center.